when Jesus passes you by 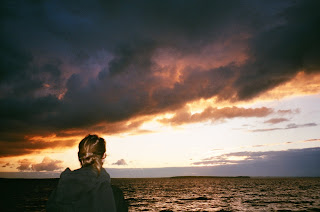 Have you ever had the feeling that Jesus is passing you by as He is on His way to perform a miracle for someone else? Have you ever seen someone receive the answer to the very prayer that you have prayed for a painfully long time? What a confusing, difficult, and painful experience this can be for those who know and love Jesus!
After I had a miscarriage, I was ashamed to admit the ugly but plain truth that it was painful for me to see others enjoying healthy pregnancies and healthy newborns. A friend’s complaints about the normal discomforts of pregnancy highlighted a root of bitterness in me. I would love to have a pregnancy to complain about, I thought. I felt a deeper sadness with the approach of what should have been the due date for my baby, and other babies born close to that time were a reminder of what I was missing.
In Acts chapter 3, we are introduced to a man who has been paralyzed for over 40 years— since the day he was born. Every day, his friends would bring him to the gate of the temple to beg for money because he was unable to work for a living. Because he was over 40 years old at this point in the narrative, we can surmise that he was a contemporary of Jesus. Surely Jesus passed by the paralyzed man more than once while the man sat begging at the temple gate. It seems likely that the man would have heard of and perhaps even witnessed Jesus healing others who were blind, lame, and deaf. I wonder whether he ever spoke to Jesus or asked for healing.
When we are in the midst of painful circumstances, our pain is sometimes exacerbated when we see others receiving and even taking for granted the thing that we are seeking so desperately—a healthy body, a joyful marriage, a successful and fulfilling career, a healthy child, healing from mental illness…the list goes on and on.
Sometimes when we have been hurt deeply or our prayers have gone unanswered for a long time, we stop asking God for a miracle because the possibility of disappointment is too painful. Depending on our unique circumstances and personalities, we find ways to cope and learn to live our lives with something missing, broken, or unfulfilled. The paralyzed man in Acts 3 was unable to work for an income, so he learned to cope with his disability by begging for money. He sat there day after day, completely dependent upon the generosity of others, possibly even watching Jesus pass by multiple times throughout his life. How unseen he must have felt! With each baby shower invitation and each pregnancy complaint spoken to me during my time of grief, I felt unseen. Doesn’t anyone care or notice that I’m hurting?
Perhaps the man continued to hope for healing until the death of Jesus. When Jesus no longer came (physically) to the temple, maybe the man resigned himself to a life of begging, if he had not done so already. After more than 40 years of being paralyzed, he carried on with his routine of asking for money when Peter and John approached the temple. Verse 4 says that Peter and John “looked intently” at the man. After being passed by countless times for decades—for his entire life—this man, his suffering, and his present condition, were seen. Then, Peter said, “Look at us!” I wonder if the man, so unused to being noticed as anything other than a permanent fixture at the temple gate, could hardly bear Peter and John’s direct gaze.
Let’s pause the story for a moment. If this narrative is uncomfortably familiar to you, if you are in the midst of suffering that has gone on for far too long, if you have been waiting for your miracle so long that you’ve ceased asking for or expecting it, if you are hurting because Jesus seems to be passing you by on His way to answer the prayers of others around you, listen carefully.
Look at me.
If you and I were sitting across the table from each other, I would look you in the eyes and tell you with all the conviction that I have,

God has not forgotten you.

You are no less precious to Him than the friend who just had her healthy baby while you continue to wait for a positive pregnancy test. You are no less visible to Him than the co-worker who got the promotion that you worked and hoped and prayed for. You are no less worthy than the person who got the “cancer free” report while you are gearing up for your next chemo session.
God. Has. NOT. Forgotten. You.
Isaiah 49:15 says,
[The Lord answered] “Can a woman forget her nursing child
And have no compassion on the son of her womb?
Even these may forget, but I will not forget you.
You matter to Jesus.
He sees you.
He has a plan for you that is unique and beautiful.
Let’s return to Acts 3. After Peter told the man to look, the man gave them his attention. Peter responded by saying that he had no money to give but would give what he does have:
…In the name of Jesus Christ of Nazareth, walk.” Taking him by the right hand, he helped him up, and instantly the man’s feet and ankles became strong. He jumped to his feet and began to walk. Then he went with them into the temple courts, walking and jumping, and praising God.
-Acts 3:6-8
After over 40 years, this man was healed immediately. Forty years of disability disappeared in one miraculous, holy moment. The temple gate, where the man’s weakness and disability had been on public display for decades, suddenly became a platform for the public display of his healing, and people noticed. Verses 9 and 10 say:
When all the people saw him walking and praising God, they recognized him as the same man who used to sit begging at the temple gate called Beautiful, and they were filled with wonder and amazement at what had happened to him.
Because the man had been there so long as such a permanent fixture at the temple gate, the people recognized him and were amazed at his healing. His weakness had been on display for all to see, but so was his miraculous deliverance.
He followed Peter and John into the temple, where Peter pointed the onlookers’ gaze to Jesus, the author of the miracle they had just witnessed. Peter used the miracle to help reveal who Jesus was (and is) and to encourage the people to repent and turn to Jesus “so that your sins may be wiped out, that times of refreshing may come from the Lord” (Acts 3:19). In Acts 4, we see that as a result of the miracle and Peter’s message, many who heard the Gospel message believed, and the number of the men was about 5,000. The paralyzed man’s physical healing was the catalyst for 5,000 people’s spiritual healing.
I don’t know where you are, but I can say with confidence that God does. He hears your prayers, and He sees you even as He may seem to pass by you while you sit, paralyzed, and wait on Him. He knows your weakness and hurt, your vulnerability when your lack seems to be on an embarrassing display for others to witness.
If that’s you, I have good news. When we surrender our lives to Jesus, our suffering is not in vain. I don’t know what His plan is for you, but I know that it is better than anything we could imagine on our own. The answers to our prayers may seem to be greatly delayed or may come in different ways than we asked for or expected, but He sees you and He is faithful. If you are still waiting for your miracle, your healing, your deliverance, keep holding on. He may just be lingering to wait for the crowd of 5,000 to gather and bear witness to His glory in your life as you rise up on those paralyzed legs and dance in His praise. Keep asking, hoping, and trusting, and get your dancing shoes ready. 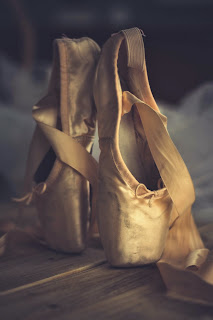 6 responses to “when Jesus passes you by”