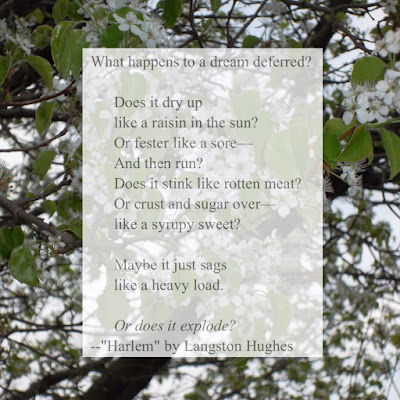 Two years ago, almost to the day, God completely changed my life. In November of 2016, I remember talking with a friend and telling her that I felt like something was coming, but I didn’t know what it was. As we sat together in her car in the parking lot, she prayed with me and helped me spiritually prepare for I-didn’t-know-what.
That same month, my mom sent me an email about a conference she thought I might be interested in. I was just coming out of haze of taking care of a new baby. She had just turned 1, and I was finishing up breastfeeding, still praying for her to sleep through the night. I had battled postpartum depression, anxiety, long-term sleep-deprivation, and illness after illness due to a weakened immune system. When I read the email about a Beth Moore conference for women who were felt called to ministry through speaking, teaching, and/or writing, my own future was the furthest thing from my mind. I was still trying to make it through one day— sometimes one moment—at a time, riding the waves of hormonal shifts that accompanied the rapid process of weaning my baby.
In February of 2017, through a series of unlikely events, I found myself sitting in a room with over 700 other women, worshipping God and then waiting expectantly to hear from Beth Moore. She wasted no time in getting started, talking a million miles an hour like she does, and began to take us through the processes she follows in preparing for speaking, teaching, and writing Bible studies. I sat there in shock, thinking, Is THIS what I’m going to be doing?? I felt like I didn’t belong, but at the same time, I was strangely certain that I was supposed to be there.
As we stood worshipping the Lord together, I prayed that God would let this be a turning point. I didn’t even know what I meant, but looking back, “turning point” is the most accurate description I can think of for that weekend. I had a powerful encounter with the Lord and left there trying to make sense of it all. My two goals after leaving the conference were to get back into the habit of reading my Bible every day and to dust off the cobwebs of my brain and start writing regularly again.
When I read the Bible, it became alive to me as never before. Bible study became an interactive experience. For the first time, I practiced sitting and listening for the voice of the Holy Spirit and then acting on what I sensed Him saying. As I read scriptures, my mind exploded with questions and new revelations that overwhelmed me again and again. I had an insatiable hunger and thirst for learning and began absorbing everything I could from books, conferences, workshops, podcasts, and people. I began a deep-dive into the Enneagram and then began learning about issues related to racial justice. I was thrilled with the new sense of purpose, overwhelmed by God’s goodness as He revealed Himself to me in new ways. I felt an undeniable need to share everything I was learning, so I wrote and wrote, started a Be the Bridge group, and began finding small opportunities to teach other adults for the first time.
Everything happened so fast.
Until it didn’t.
Last summer, my daughter and I battled chronic illness, and I found myself in survival mode again. Everything I had been working on came to a screeching halt. It felt like such a loss, but underneath the sadness, I worried that I had messed up somehow and that everything God had lavished on me in the past year was going to be taken away. I lost momentum on some projects and felt discouraged. Even the weather has mirrored a state of dormancy. This winter has been so grey and wet and dreary. My continued struggles with health issues and anxiety have left me wondering if I just need to accept this new reality.
Then. On Sunday, our pastor preached about worship, and we had extra time to worship freely after he encouraged us to let go of our inhibitions. We talked about worship as a way to fight battles. Sunday morning, I fought hard. I raised my hands, knelt to the ground, and shouted declarations of truth as we sang together. I prayed and heard from God and cried through nearly the whole service. I left feeling emotionally and spiritually spent but hopeful for a breakthrough.
Yesterday, the fourth day of February—our coldest month in Texas—was sunny as the temperature climbed to a balmy 80 degrees. I took my children to the park and we basked in the sunshine, and the whole day, I felt hopeful again, like maybe everything that has been hard wouldn’t last forever. My spirit felt lighter and happier. This morning, I woke up feeling energized, grateful that for the first time since I can remember, both children slept though the night. I woke up early, relishing the dark and the quiet. Then the Lord showed me Isaiah 43:19: 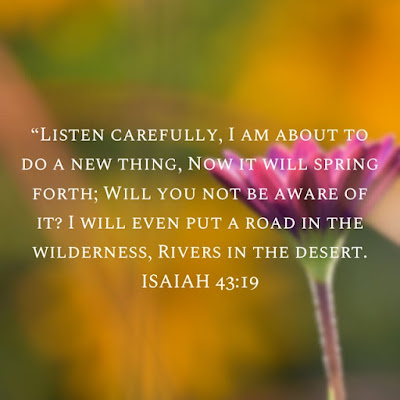 Smack in the middle of the verse, the question came at me over and over again, as though the Lord Himself were standing before me and asking, “Will you not be aware of it?”
Suddenly, I knew He was telling me that He is at work, and I thought of the scene in The Lion, the Witch, and the Wardrobe when the Beaver says, “Aslan is on the move!” I have seen the Lord “on the move” before, and I could never have predicted where He took me. I am ready and expectant, reminded yet again that His plans are so much better and bigger and more adventurous that anything I could dream up. Today, in answer to His question, “Will you not be aware of it?”, I pray that He will give me eyes to see what He is doing and where He is leading, though I suspect it will be hard to miss.
If you are in the space of dreams deferred, languishing in an eternal winter like in Narnia during the reign of the white witch, don’t believe the lie that the Lord has forgotten you or the dreams He gave you. Ask Him to give you eyes to see the new thing He is beginning. Look around for signs of new life breaking through the cracked soil. Though everything may seem quiet and dead, He specializes in resurrection. Dormancy allows the death of the things that needed to go. God always takes the death of things He prunes and turns them into rich soil for the birth of something new.
Oh God, give us eyes to see You breathe new life into our dreams deferred!
Will you not be aware of it?